Showing posts from June, 2020
Show all

Interview with Kashmiri journalist on impact of nullification of Article 370

June 07, 2020
Interview with Umar Shah Kashmiri journalist Digital Discourse Foundation Interviewed by Malini Shankar 1 Umar what did Article 370 mean to the common man in J & K before it was abrogated?   It meant nothing at all. The people of Kashmir were least concerned over the internal autonomy. For them, it is the Indian government which has been ruling them since 1947.     Not even a single person was rejoicing over having own flag, constitution or power to amend the Indian laws. However, if there was anything people were worried about- it was the State Subject Law enacted by the Hindu King of Kashmir- Hari Singh back in 1927. It was later incorporated in the Indian constitution through 1956 presidential order and was known as Article 35-A. This Article was the component of Article 370.     The Article 35-A used to bar outsiders from buying any property in Jammu and Kashmir. For the people, this Article was a shield that used to protect their Muslim majority character.    Even today, if
Post a Comment
Read more

Interview with Arun Gopinath Project Manager at a leading MNC

June 06, 2020
The coronavirus pandemic has disrupted lives and processes personally and professionally for people across the globe. With few signs of the virus relenting and a vaccine still months if not years away, the world is realising that one needs to learn to live with it - stay calm and carry on Interestingly, certain sectors of the society and the economy seem to have adapted to the restrictions successfully so far taking the inconveniences in their stride. And lessons learned in the last few months from such experiments can lay the foundation for life post covid 19. One such observation is the way that the Information Technology industry has reacted to the crisis. The rapid pace of digitisation, cloudification of data and networks, and ubiquity of the smart phone have suddenly made   IT/ITes companies to realise that they can still continue going about doing their business with 90% of their workforce working from home. Companies which insisted on their employees coming to the office eve
Post a Comment
Read more

June 05, 2020
1.       Given that Work From Home is likely to be the economic reality in a post COVID 19 World, as an IT / Telecom professional what do you envisage to be the improvement / expansion in bandwidth and infrastructure for such a digitised economy ... in India? Yes, WFH is a reality to accept as well as contend with. However, I would envisage a 70% WFH in terms of time. Face-to-face (F2F) keeps an organisation together, if you consider an organisation as a community. Urban and semi-urban centres in India have good connectivity and bandwidth. The affordability has increased commendably. Private ISPs rub shoulders with the telecom giants in bringing fibre-to-the-home (FTTH). Yes, there are issues of consistent service to contend with – power supply and Internet connectivity – in that order. Fix the consistency and all is well for the morphing of work location and routines. 2.       Which are the sectors of the economy that can work digitally? The manufacturing and services (hospita
Post a Comment
Read more 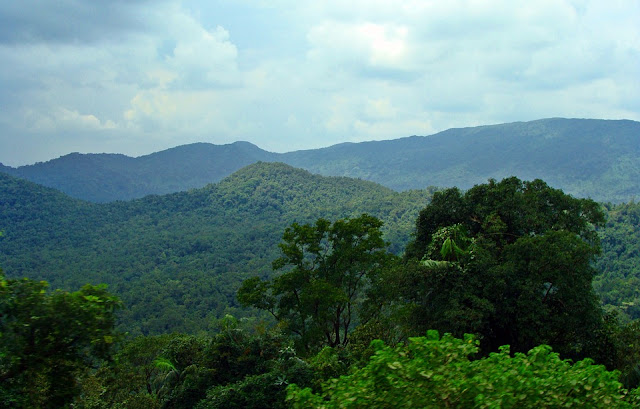 Interview with Dr. Manju Siliwal 1.          Which are the spider species affected by Climate change in India’s biodiversity Hotspots – North Eastern Himalayas and the Western Ghats? What are the factors threatening their survival? Spiders that are habitat or niche specific, poor at dispersal and / or endemic to a region or an area are more likely to get affected by Climate Change. It includes spiders such as cave spiders, mygalomorph or burrowing spiders. These spiders are at higher risk of local extinction in both the biodiversity hotspots in India (the North Eastern Himalayas and the Western Ghats). 2.          Which are the richest habitats for spiders world over? What kind of spiders inhabit these areas? No specific habitat is designated as rich habitats but tropics and sub-tropics have been recognized as most complex habitat systems housing highest species diversity of all fauna, including spiders. Amongst Indian hotspots, North Eastern Himalayas is rich in spider di
Post a Comment
Read more
More posts